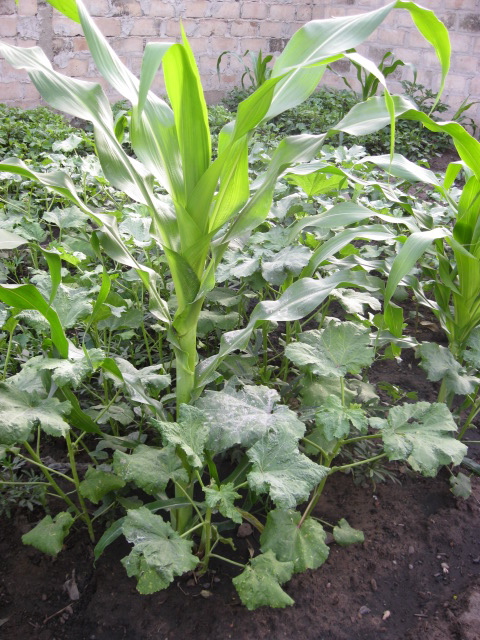 This project is part of our 52 Pumps in 52 Weeks Program, being implemented by Peace Corps Volunteers Marcie Todd and Garrison Harward. To read about the program and follow its progress, CLICK HERE.

Community Description
Facing the Kolda cotton factory is a quartier called Samba Koulibaly, named after a Malian man who, years before the cotton factory, arrived when there was not even a paved road going through Kolda. Samba Koulibaly’s namesakes will probably remain the chiefs of the quartier until the end of time.

The cotton factory is the largest employer in Kolda, where jobs are among the most secure that one can attain. Although it is only seasonal work, they pay nicely, and one knows that for 5 months there will be a steady income.

Mohamadou Djamanka until recently worked in a factory in Spain where he sent money back to his family. He now owns a boutique facing of the cotton factory where he works every day from 7 am to 11:30 pm, unless it is a cotton-processing season. During that time his two wives take turns manning the boutique and he crosses the street to work, clothed from head to toe, ready for the work at hand. 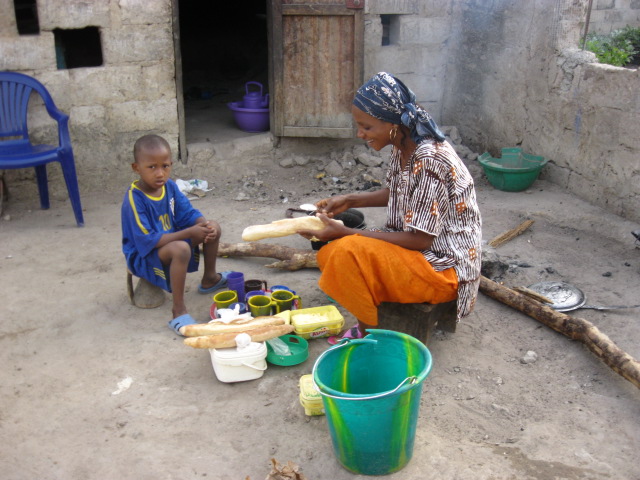 All year long Mohamadou’s wives and kids grow vegetables in a small plot near their house. They usually have enough to eat and a bit to sell. They are the definition of urban gardening, here in Kolda.

Many Koldans grow everyday veggies, but many more only grow essential grains like rice, corn, and millet during the rainy season. Mohamadou and his family believe they should be saving money on vegetables and growing them themselves.

One day while I was hanging out at Mohamadou’s boutique he showed me the math of the money he was saving each month by gardening in his small plot and it was upwards of $27, which doesn’t sound like a lot, but is.

Project Description
This project is to build a pump at a well that is used to irrigate the plot worked by Mohamadou Djamanka and his family. 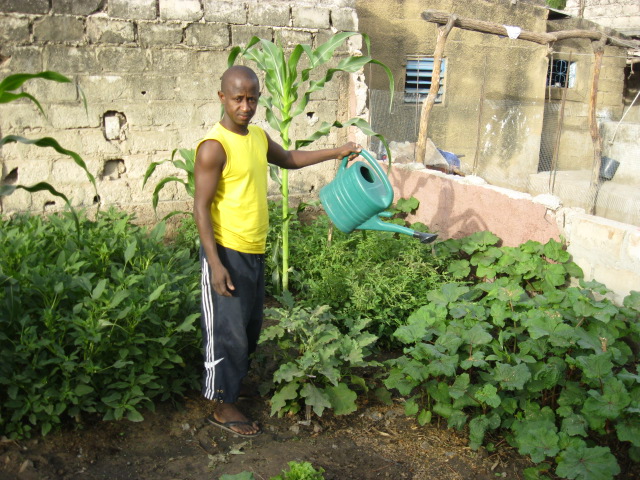 Project Impact
14 men, women, and children will benefit from the project.

Comments
“The food situation in Senegal and throughout the world is in a dire state. Rising food prices combined with a limited availability of food has led to misery and malnutrition, rapidly hitting the world’s poorest and developing populations the hardest. In Senegal, with nearly half of all families considered “food insecure” by the World Food Program and half the population living in large towns and cities, there is a growing need for individuals and families to produce their own food.”
Peace Corps Senegal, Urban Agriculture Website.

Dollar Amount Needed
$0.00 – This project has now been fully funded through the generosity of Katherine White, of Ojai, CA, USA.

If you now contribute $150 (our new price, which includes labor), your name will be placed on the waiting list to adopt the next project in order.

If you wish to contribute less than $150, the money will be applied toward the overall program.